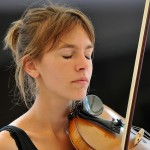 This is the second post in a series about technologies that are shaping the future of communication. We’ve been following a dozen-plus technologies that cover an interesting array of possibilities, from enhancing existing communication modes to replacing at least one of the humans in a conversation to assisting people who have a variety of motor, vision, and cognitive impairments. They are all across the adoption curve, from technologies that are already approaching mainstream usage (such as bots and gamification) to a few that are closer to the sci-fi end of things (such as holograms and telepathic communication). Many of these systems rely on artificial intelligence, which is reshaping business communication in some profound ways. All of them present interesting discussion topics for business communication, because they get to the heart of matter, which is trying to exchange information and meaning in the most effective and efficient ways possible. To offer students a peek into the future, we've started covering these innovations in our business communication texts, beginning with the 14th Edition of Business Communication Today, which launched this past January.

Most people like to think they are unbiased and capable of making fair, objectives decisions when it comes to judging or assessing others. Unfortunately, that is far from reality. Decades of research suggests that unconscious or implicit bias is universal, and these attitudes and stereotypes affect decision making in ways that people aren’t aware of. Even people who consciously go out of their way to avoid biased assumptions can be influenced by unconscious biases that have been accumulating since childhood.

Implicit bias has been a longstanding concern in job interviewing and hiring decisions. A classic case that opened many eyes to the problem involved classical musicians auditioning for symphony orchestras. In the 1970s, women made up only 5 percent of professional symphony musicians. Orchestras gradually moved to blind auditions, where the performer is hidden behind a curtain so the people evaluating them can hear but not see them—meaning they can’t make judgments based on gender, age, appearances, or anything other than how well the musicians play. Within a decade, the ratio of women had risen to 25 percent.

The concept is now applied across a range of industries and professions. The GapJumpers system, for example, enables job applicants to take skill auditions anonymously. The employers sponsoring the auditions have no personal information about the applicants when they judge the scores—it is strictly about talent. Applicants who do well on blind auditions are then invited to participate in a more conventional interviewing process, at which point the employers learn who they are. GapJumpers’ analysis indicates that more women and more community college graduates make it through to the second stage of interviewing than they do in a traditional selection process.

As your students start to turn their attention to the job market and begin preparing their employment communication packages and interviewing strategies, this is a great time to discuss the intersection of human and machine communication. Students may encounter a range of communication technologies during their job searches, from online skill auditions to applicant tracking systems that “read” their résumés before any humans see them. We’ll continue to explore these innovations here on the blog and in all the upcoming editions of Bovée and Thill texts.

Class activity idea: Ask students to research current practices in blind auditions across professions. Is the technique catching on? Do they think variations on this method hold promise to reduce employment discrimination?